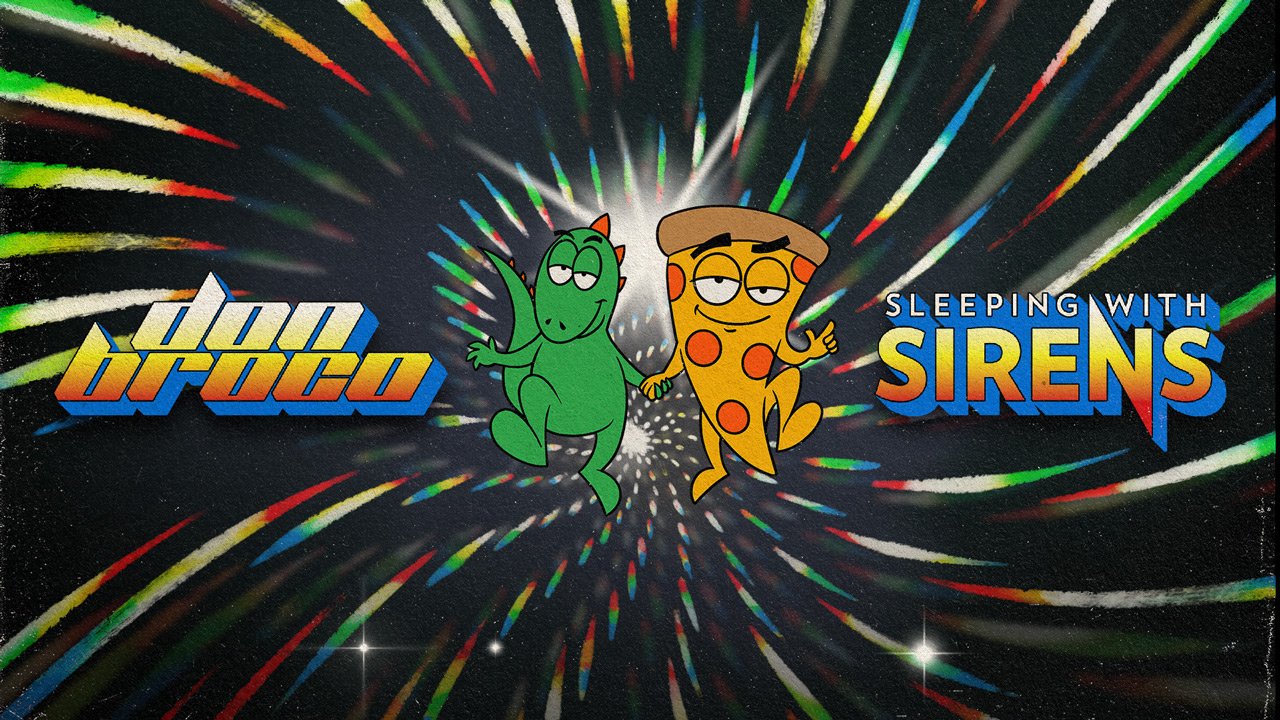 Always unique, and forever pushing boundaries, Don Broco are never ones to follow the trend and the new album Amazing Things is very aptly named. It’s yet another genre-bending masterpiece with electro, rock, pop, metal and more all wrapped up in their own unique blend, bringing to mind the likes of Deftones, Beastie Boys, Linkin Park and Limp Bizkit amongst others… but simultaneously sounding like nobody else on earth.

Amazing Things is the band’s fourth album, and follows the release of 2018’s Technology, which was was a Top 5 album in the UK charts and has had over 100 million streams to date, and also 2015’s Automatic, which provided the band with their first Top 10 album in the UK.

Garnering nothing but praise for their relentless high-octane performances, Don Broco have previously sold-out arena shows across the UK, headlining Wembley Arena after selling out Alexandra Palace as well as festival performances around the world including Vans Warped Tour, Download, Reading & Leeds, Slam Dunk & more. They have also toured with the likes of Mike Shinoda, State Champs, Dance Gavin Dance and Our Last Night in the US as well as selling out their very own Debut US headline tour.

Sleeping With Sirens breathe rarified air. After fourteen years, five studio albums, and thousands of shows, the band has outlasted many of their peers while crafting an undeniably unique path through modern alternative rock. With each release, the band —Kellin Quinn [vocals, keyboards], Nick Martin [rhythm guitar], Justin Hills [bass], and Matty Best [drums] -continue to hone their mix of unflinchingly honest lyricism, unforgettable riffs, and pulse-pounding percussion while boldly exploring new creative frontiers. That future-forward perspective, coupled with a deep connection to listeners, has established Sleeping With Sirens as a beacon of hope in a world desperate to find silver linings.

On Complete Collapse, the band’s sixth studio album, SleepingWith Sirens cut straight to the bone, as they process life in modern times. “We’re coming to terms with the new reality we are in,” explains Quinn. “Things have changed so rapidly, and we’re all doing our best to process it. There’s a feeling of heavinessto the record, both in sound and emotion. We’re trying to figure out what’s going on and where we’re going. We’ve seen so much stagnation, but also a lot of change that wasn’t necessarily for the better. We’re realizing now that our voice, and what we’re able to say or should say, needs to come through the music. It’s not about what you can say on Instagram or Twitter, it’s about what you’re saying through your work.”

Now that the album is complete Sleeping with Sirens is looking to the future. “I think this is a stepping stone album for us,” says Quinn. “We’ve been exploring what the band can sound like moving forward, but we are making an effort to let our fans know we won’t abandon the things they’ve come to expect. If a song like “Us” takes off, that may open new doors for us, but if something more familiar like “Control+Alt+Delete” works, we’ll pursue that. After fourteen years, we want to be a band people respect, and I think we’re well on our way.”

VIP upgrade only; this upgrade does not include a ticket to the concert. Fans must purchase concert ticket separately to attend the VIP program.

All upgrades would be available HERE.