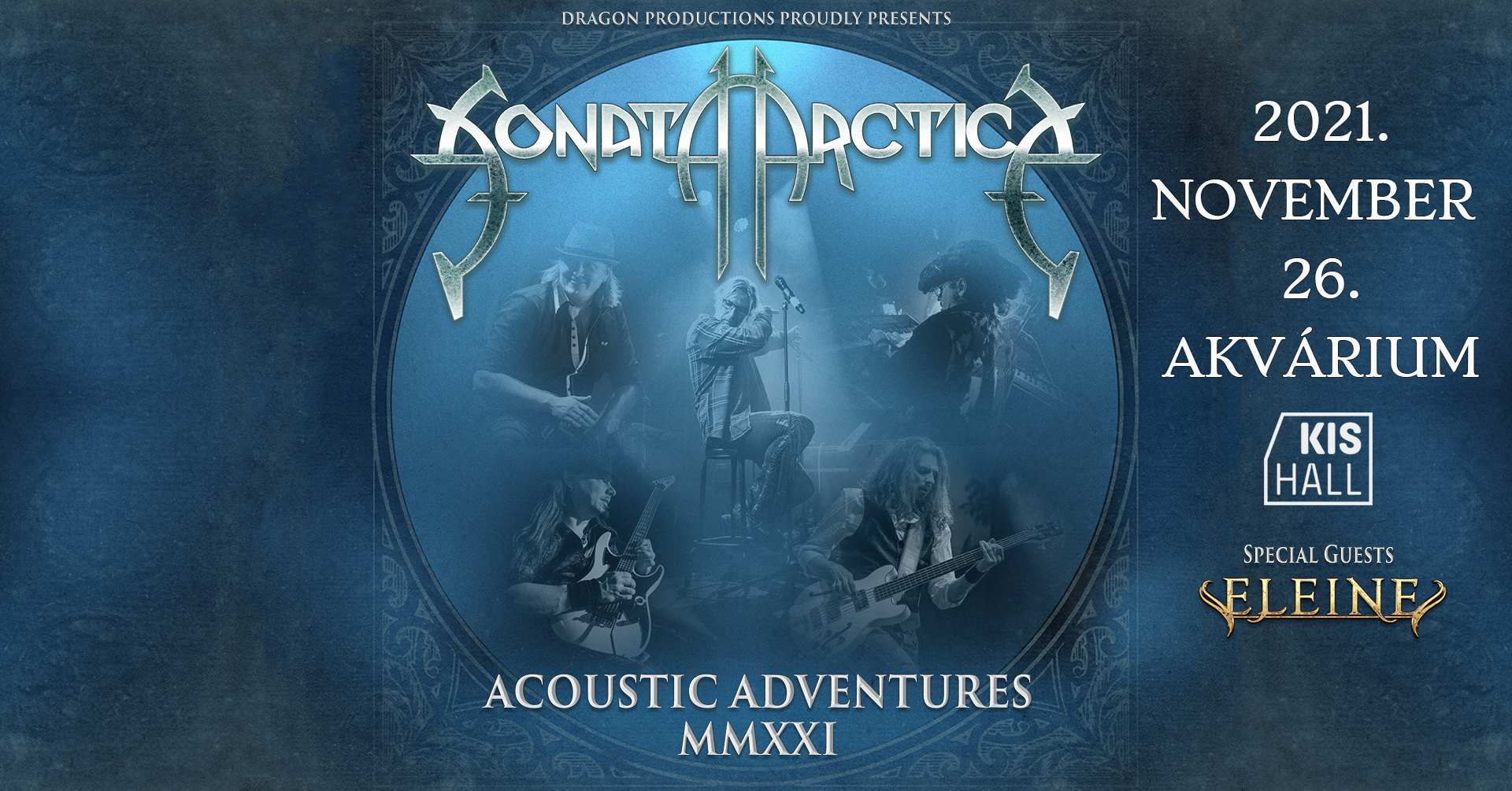 It’s been a while since Finnish melodic metal titans SONATA ARCTICA toured Europe the last time in 2019. The band was very productive in the meantime and booked a studio to record their very first acoustic album. To promote this release, the band will embark on a journey through 17 European countries! Support will be provided by Swedish hopefuls ELEINE, who will also be presenting an acoustic set.

‚Since our Talviyö World Tour is more or less over, it’s time to look ahead for the next challenge and since we’ve had so much fun with the acoustic stuff we decided to make an album as well. The Acoustic Adventures album will be out in October and of course we will hit the road immediately after that to celebrate the release of the album. As of now we have managed to set up an extensive European Tour and we’re really looking forward to getting out there an play some music for all of you.‘