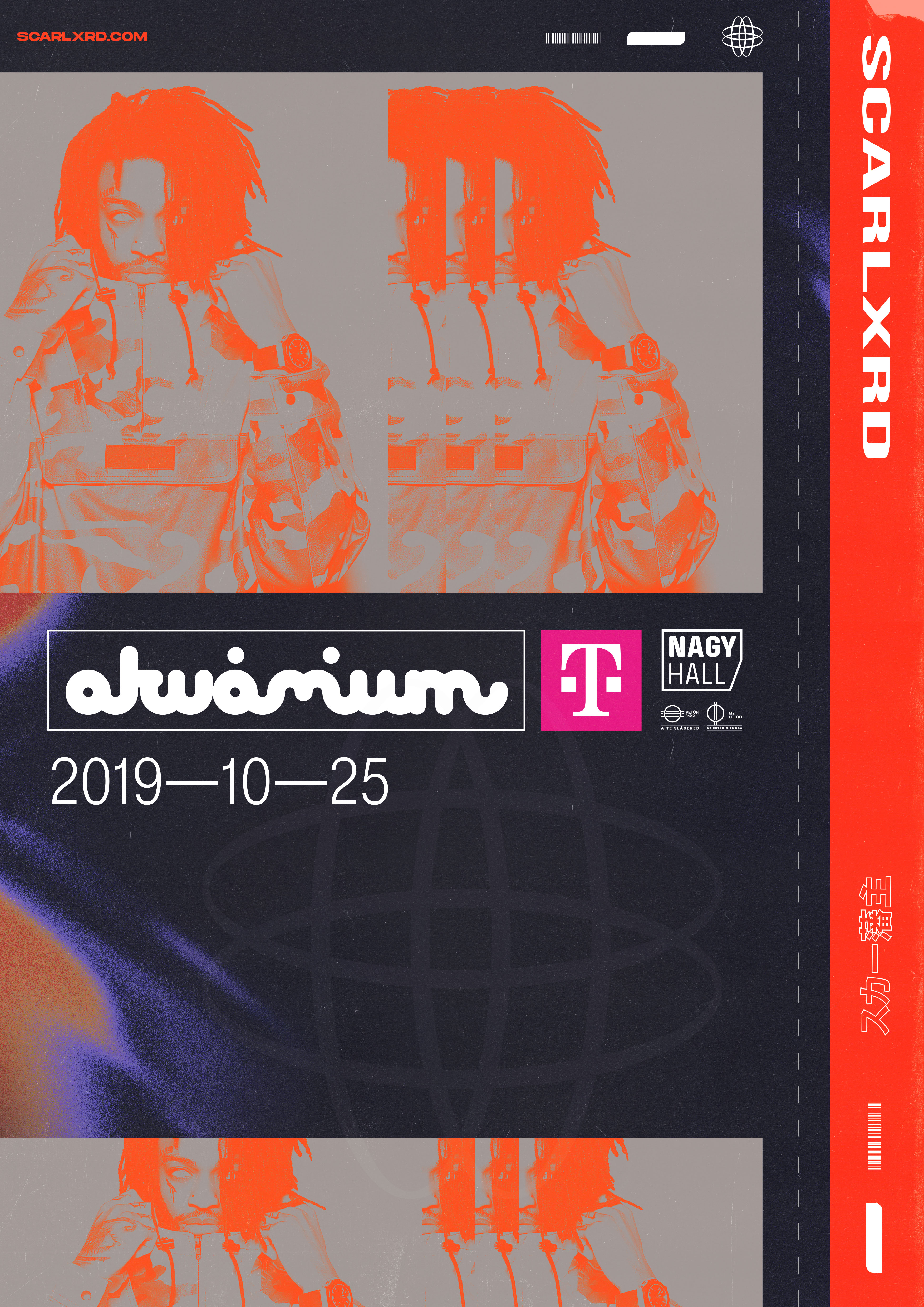 British vlogger-turned rapper Marius Lucas Antonio Listhrop, better known as Scarlxrd, is coming to the Main Hall on 25 October. His music was influenced by the likes of Missy Elliot, Nelly and Eminem, yet since he was also the lead singer of nu metal band Myth City, Linkin Park, Incubus and Deftones also played a role in the way his music amazingly incorporates the elements of trap and heavy metal. He has recorded several videos in Hungary before and is now set to give his first club concert at the Main Hall of Akvárium Klub on 25 October.