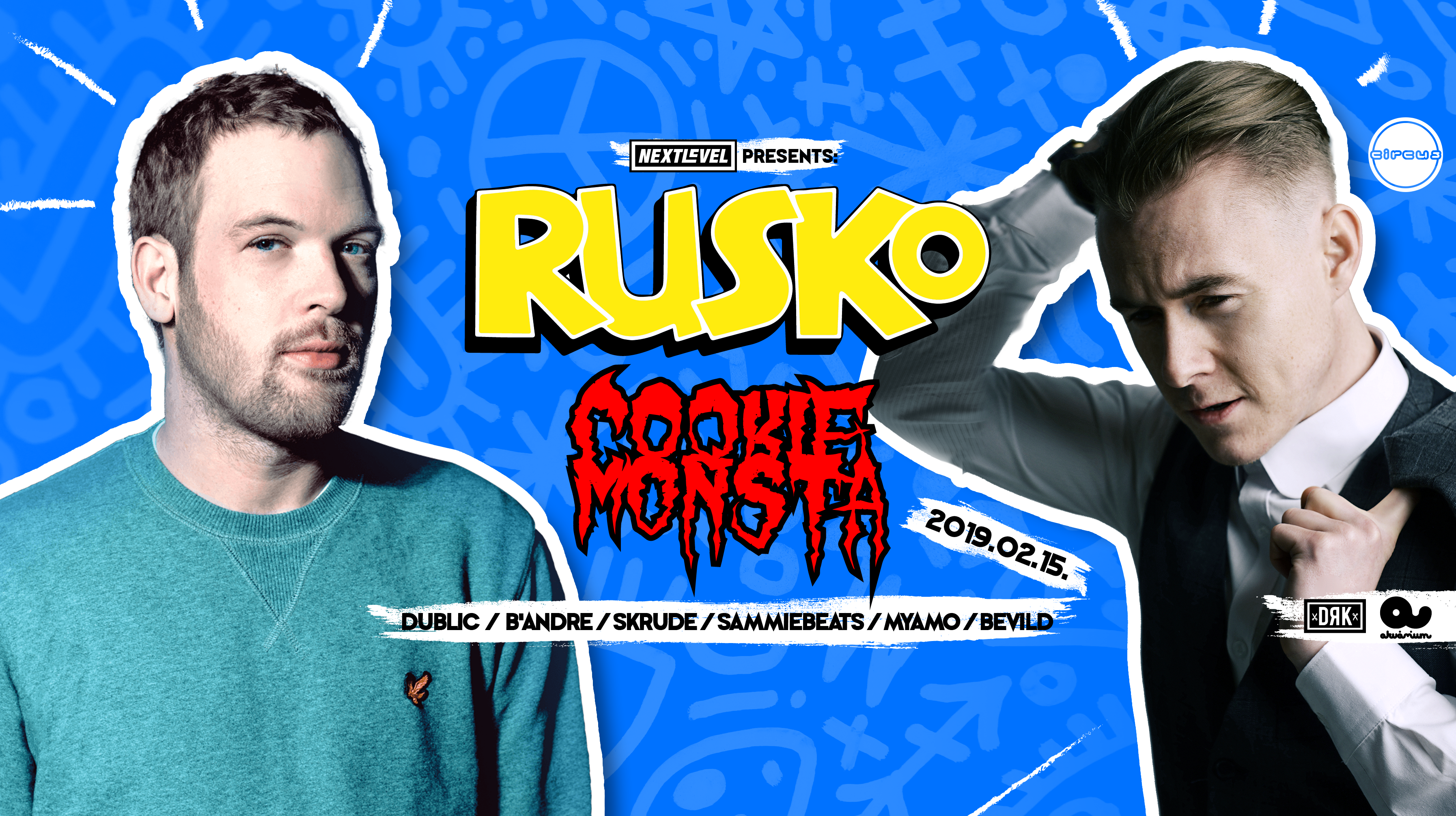 RUSKO is one of the all time icons of world wide bass music without any doubts. His first ever club show in Hungary will be on the 15th February 2019 at Akvarium Klub.
Rusko is closely affiliated with Caspa, a fellow DJ/producer who is an influential figure within the dubstep community, not only as an artist but as the founder of several influential labels (i.e., Storming Productions, Dub Police, Sub Soldiers).

On 4 May 2017, Rusko announced on Twitter that he has been diagnosed with gastric lymphoma and would be canceling all events in summer 2017 while undergoing treatment.
On 24 October 2017, Rusko appeared in an interview with Your EDM and announced he was given the all clear of treatment. Rusko has returned to the stage on February 23, 2018.

Since then Cookie has gone from strength to strength, pushed the boundaries of Dubstep and moved on into many other tempos of EDM. He has toured all over the world and is constantly in demand, his DJing is energetic and his tunes are all bangers.

All Cookie Monsta wants is to have a good time and he wants you to enjoy yourself too, so with world domination on his to-do list, watch for a visit to a town near you soon, join in, have a laugh and brock out.