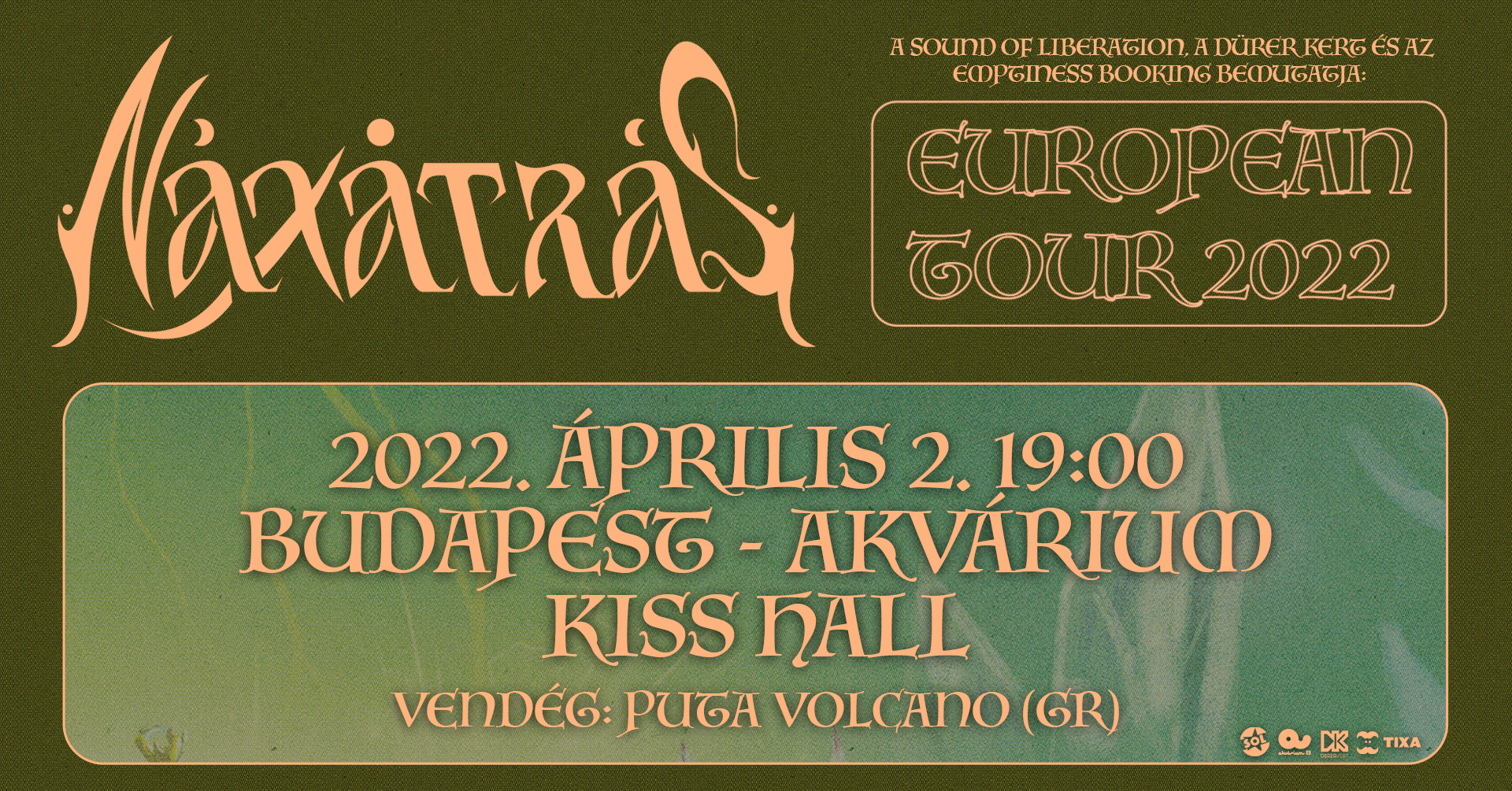 You never know beforehand when the time for change will come. Only when it happens.

The Greek psychedelic rock band Naxatras have been well into the first decade of their existence and a significant number of milestones has been accomplished. After 3 full length albums that established them in the global underground as a force to be reckoned with, a new approach emerged in the most natural way.

Even before the ‘III’ album, some of the ideas at the time didn’t fit with the vibe or the place the band was at and were left out, but safely kept. The Naxatras identity as a predominant jam band came to be challenged from within and a few of these traces of tunes finally found their way back into the game.

Combined with the maturity and artistic savviness that time and extensive touring brings, the new music clicked with some of that old material and shaped the way this new era sounds like. The focus right now is on the actual song, on the solid build-up of musicianship and composition, that draws magic from the classic 70’s prog rock and the master songwriters of history.

The new album had gaps that a keyboard would fill, so a new member was welcomed into the clan. The soundscapes felt explorable, so a broader set of percussion was indispensable. The guitar work is clear and precise, the vocals have a direct story to tell, the whole game has now stepped up and demands a different modus operandi.

Even further, the jamming attitude had to give way for some direct and intended performance. The so far trademark analog sound of Naxatras shifted to serve the straightforward material, the orchestration is multileveled and surgical, so the songs are powerful and memorable. The new production scheme out of the Magnanimous Studios of Thessaloniki GR, provided the multitracking approach, combining warmth and crystal.

So it all comes down to this.

An album that showcases a band at its creative peak; with all the experience being put to use, with all available tools ready, blending together the acquired knowledge, the imprinted influences and the adventurous disposition of this  group of young musicians ready to take on the world.

Being a significant cog in the acknowledged machine that Greek heavy rock is, Puta Volcano keep pushing forward what was set in motion back in 2012, when their debut EP was released. Athens, Greece had already established its importance as the birthplace of new and exciting sounds and that is exactly what the creation of the debut album “The Sun” was in the period 2012 – 2015. A bunch of rumbling live shows took place, highlighted with a slot in that year’s Rockwave Festival in Athens, alongside The Black Keys, The Black Angels and 1000mods.

Rest is a luxury modern rock n’ roll can’t afford, so the engine had to rev again and the “Harmony Of Spheres” album was already on the way. In 2017 they planted their feet firmly to the ground and the mixture of Seattle grunge and sounds of the Californian desert were enhanced with an artistic quality and scent that set them apart and provided a unique identity among the rest of the emerging bands.

Just right before 2020 showed us all its teeth, “AMMA”, the latest Puta Volcano album, was released in March, enforcing the long lasting relationship with their fanbase. All the elements that made this affair exist in the first place were ever present, making it the most commercially successful of their catalogue. The COVID-19 breakout coincided with the planned launch of their largest EU tour yet, cutting the album cycle short and leaving a ton of unfinished business for the future.