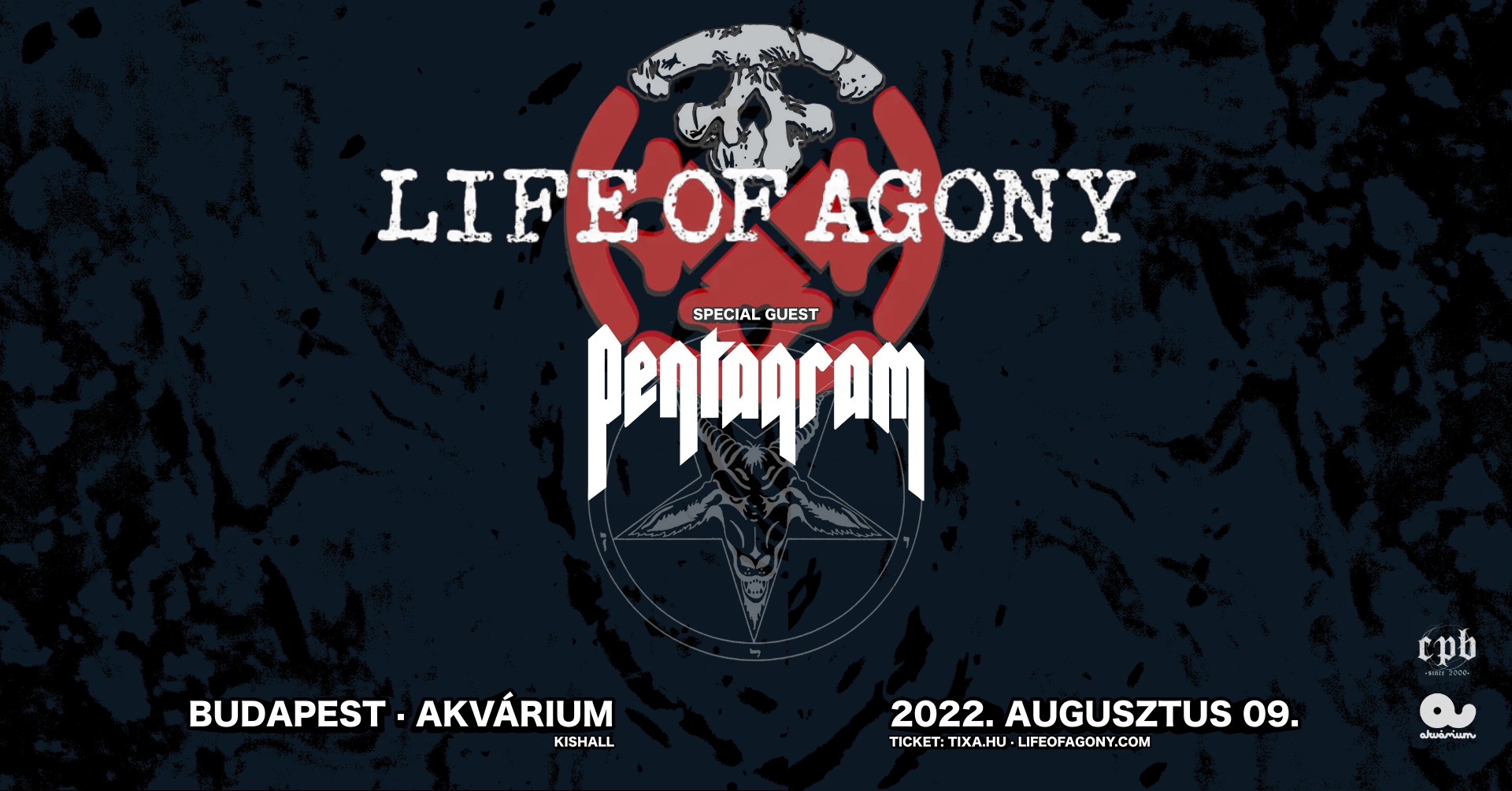 Life Of Agony (US), special guest: Pentagram (US)

Life Of Agony (US), special guest: Pentagram (US)

Life of Agony emerged from the New York music scene in the early ’90s with one of the most distinctive sounds in its genre. Best known for its 1993 metal/crossover debut “River Runs Red.” Named by Rolling Stone as being one of the “100 Greatest Metal Albums of All Time,” the band instantly built a die-hard, cult following & the group toured relentlessly all over the world, sharing stages with the biggest names in rock, including Metallica, Black Sabbath, Ozzy Osbourne, Foo Fighters, & The Red Hot Chili Peppers. LOA went onto release two more studio albums for Roadrunner: “Ugly” (’95) & “Soul Searching Sun” (’97), before signing to Epic Records in 2005 with “Broken Valley” produced by Greg Fidelman (Slipknot, Metallica). In 2017, LOA released its 5th studio album, titled “A Place Where There’s No More Pain”.

On October 11, 2019, the band will release its 6th studio album ‘The Sound of Scars’ (Napalm Records), which acts as “Chapter Two” to Life of Agony’s classic debut River Runs Red. The concept album, hailed by Loudwire as one the year’s “Most Anticipated Hard Rock & Metal Albums” was produced & mixed by Grammy Award-winning producer Sylvia Massy (Tool, System Of a Down, Johnny Cash) and co-produced by LOA’s very own Joey Z. World renowned engineer Howie Weinberg (Metallica, Nirvana) handled mastering duties.