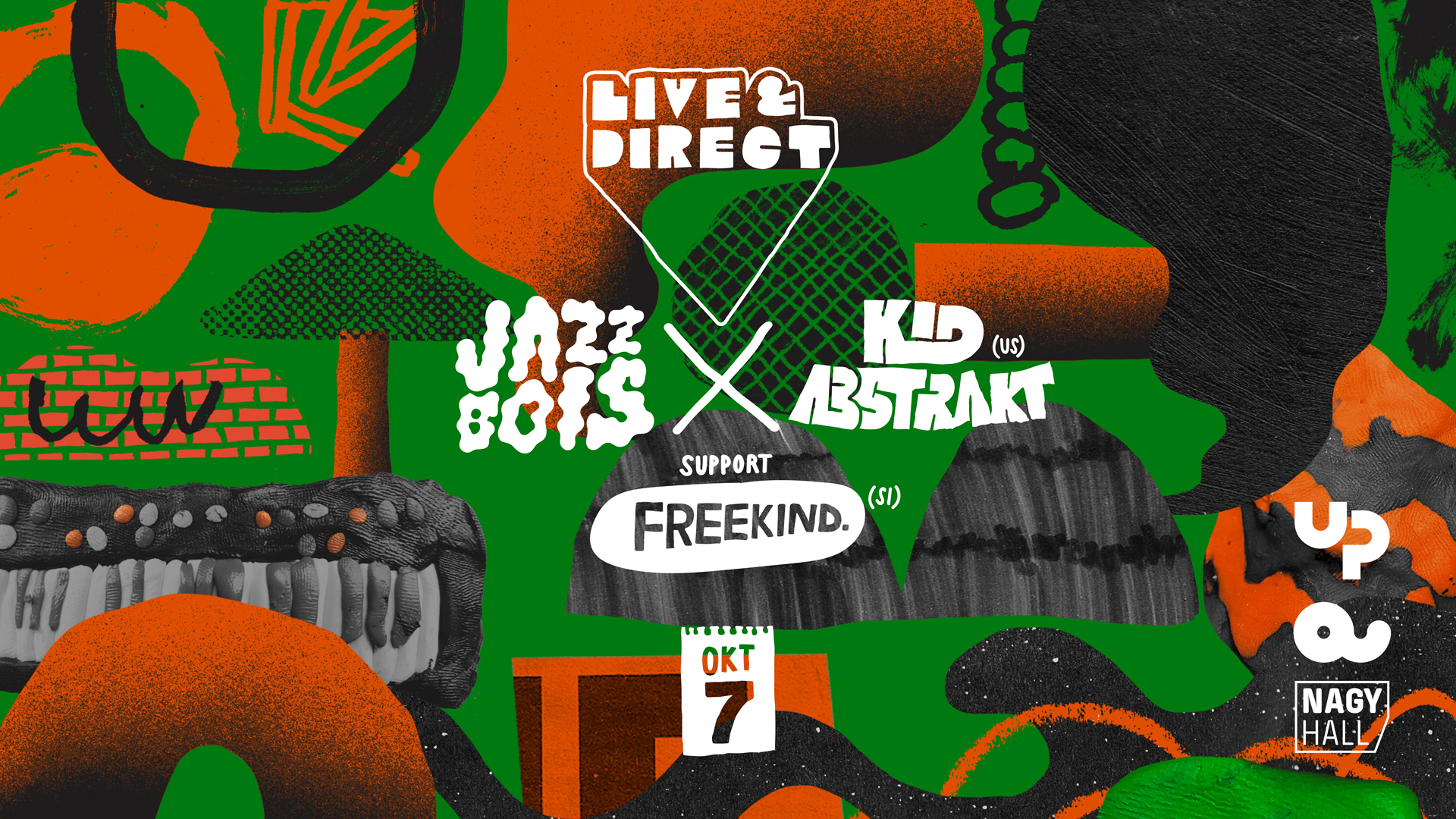 It’s been 2 years since the inevitable ‘Live & Direct’ internet collaboration between Jazzbois and the Los Angeles based rapper, Kid Abstrakt. The track just surpassed 2M streams on Spotify, what better way to celebrate this milestone then flying Abs out to Budapest and have them finally meet and perform for the first time ever LIVE.

Behind the scenes there is also a Jazzbois x Kid Abstrakt EP brewing currently, expected to land sometime late autumn.
The amazing slovenian jazzy neosoul duo, Freekind. will be warming up our hearts and souls.

+ we will also be dropping exclusive ‘Live & Direct’ merch/tees at the event, don’t miss out.

Born in Los Angeles, CA to a Brazilian mother and a Nicaraguan father, Kid Abstrakt is influenced by many genres of music but mainly 90s hip hop. His music journey began in high school with his group Revolutionary Rhythm, making raw hip hop and later touring with The Pharcyde Bizarre Ride & People Under The Stairs. Kid Abstrakt’s sophomore album “Jazzy Vibes” features production by Emapea and is well over a million streams and counting.